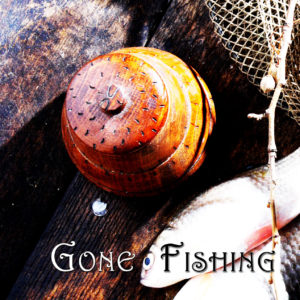 This story has its roots in the late ’90s and is the only story so far I’ve ever written in English. In case you wonder how it came into being and what’s with the Alyson Hannigan affair and all… well, let me explain: It must have been around the year 2001, year five before youtube, so watching videos online wasn’t really that much of a thing yet, but with a little effort you still could find a lot of stuff about more or less everything and its cat. Then you started downloading and a couple hours later (Hello, foul dial-up demon!) – Bam! Video fun!

Among the videos I found these days was one dated from July 1999, showing the lovely and talented Alyson Hannigan (Yeah, right… like I was the only one having a crush on Willow back then…) being interviewed by Late Night legend Conan O’Brien, and it turned out definitely worth the hassle -it was hilarious! First Alyson talked a lot about her being probably the whitest person on earth and so on … all good harmless fun. And then she said – the thing! The Dolphin Thing! Something kinky about people in Hawaii having sex with dolphins… on television! Those were the wild days, kids! (If you don’t believe me, just read the entire interview here!) I heard this, and when I had finished laughing, inspiration struck me! People… dolphins … SEX! I sniffed a story in the wind…

Around 24 hours later the first draft was written down, and I was happy for about an hour or so. Then I read it again and started doing a lot of rewriting and browsing through my dictionary and all, and one year later the final version was finished. I typed an awkward letter, put it in an envelope, together with a printout of the story, sent it to Alyson’s fan mail address – and never heard of it again. That’s how the story goes, sometimes.

So, here we are, hardly fifteen years later, and since I can’t think of any better use for it, I simply give you this kinky little masterpiece for free. I’m a good person, right? RIGHT?!